Nottinghamshire Wildlife Trust released a new statement today via the West Bridgford Wire setting out why the Trust maintain their objection to the quarry in the Brandshill Valley between Barton in Fabis and Clifton. The trust also urged the public to send their own objections.

The full article can be viewed here

Time is running out to join the fight to protect this important area for wildlife as the public consultation closes this Friday (10th September)  Your response does not need to be long but a strong level of public opposition is vital.

Click here to find out how to send your letter

Here is an exert from the article

The Trust’s Nature Recovery team is currently preparing its official objection which will highlight the loss of wildlife habitat in designated Local Wildlife Sites (LWSs); impacts of noise pollution on breeding and sensitive birds at Attenborough Nature Reserve, a Site of Special Scientific Interest, as well as at Brandshill Wood and potentially other nearby sites.

The Trust also has concerns over disturbance of rare and sensitive birds that breed in affected hedgerows and also over the impact of noise on bats.

In addition to concerns over noise impacting wildlife at Attenborough, the Trust is worried over the loss of feeding habitat for wildfowl and waders on the Barton-in-Fabis side of the river, used by birds which visit and breed in the reserve.

Due to the potential impacts on Local Wildlife Sites, rare species, the Attenborough Nature Reserve and the strength of feeling within the local community, the Wildlife Trust has asked its local supporters to respond directly to the official planning consultation by the 10thSeptember.

Mrs Bradley added: “Given that Nottinghamshire has such a low level of protected habitat and the fact we’re facing an urgent need to reverse the ecological crisis by ensuring that 30% of land can support nature – the proposed loss of and damage to areas of designated Local Wildlife Sites (LWS) is unacceptable.”

At a time when the need for value of people being able to connect with nature at sites such as Attenborough Nature Reserve to support wellbeing the Trust is urging people to use their voice to protect a site they are passionate about.

It has come to our attention that in today’s Nottinghamshire Live (30th August 2021) article there are a few facts which we wish to clarify.

The land will not be restored to the existing wildlife habitat which exists now.

The applicant has submitted plans about restoration which do not adequately set out how the restoration process will benefit nature.

Also, operations will take place during the bird breeding season and this why there is an important question in the latest regulation 25 responses which centres around noise and the potential effects on breeding birds.

Many thanks to all those who attended our protest last week!

Please share on social media and help make as many people aware of the threat as we can, and encourage them to send objection letters to Nottinghamshire County Council.

For guidance on the writing process please click here

The turn out for our young supporters walk yesterday was brilliant! Thanks to all those who attended.

Join us today and help protect this beautiful valley for the sake of our children and future generations by sending an objection letter to Nottinghamshire County Council! More than ever the importance of green spaces is clear for both benefits to our mental and physical health but also in our fight to reverse climate change, protect our planet and to help look after our wildlife! Nottinghamshire Wildlife Trust have objected to the proposal for the sand and gravel quarry, between Barton in Fabis and Clifton since 2017 when the planning application was first submitted to Nottinghamshire County Council. The trust recognises the ecologically important habitat the valley provides to nature and the environment.

Now the trust are encouraging the public to make their views known about this devastating proposal too, and released their own hard hitting statement yesterday which is available to view here

The trust will also be emailing their members directly in due course about the issue.

We are so pleased to be working with the trust to campaign against this ecologically devastating proposal. A huge thanks to everyone who attended our meeting at the Village Hall on Tuesday – it was an amazing turn out, and properly demonstrated how many people are standing together to prevent this planning application from destroying our precious green space!

For anyone who couldn’t attend you can listen to the speeches from our local councillors and politicians on You Tube:

Detailed guides which may help when writing your application are also available here.

These guides have been created to cover a variety of different people who enjoy using this area and may be concerned by the proposal.

Each one provides an useful overview on why the site should be protected. We are holding an open meeting for anyone interested in finding out about how to support our campaign at the Village Hall in Barton (NG11 0AL) on Tuesday 10 August at 7pm. After the meeting we will also post all the information discussed so please don’t worry if you can’t make it.  NEW:- The meeting will also be livestreamed on our Facebook Page:- ‘Barton in Fabis Against Sand and Gravel’.

However it would be great to see people and hear your ideas about the campaign! As many of you may be aware, the quarry site between Barton in Fabis and Clifton was included in the County Council’s Mineral Plan in March this year – BUT this does not mean that the battle is lost!!!
In order for the site to go ahead the operators will need to secure planning permission from the County Council. New plans have recently been submitted to the County Council with many questions still unanswered.

We are asking everyone in the village to help us as you have so magnificently in the past, by making your objections known to the County Council through the public consultation which is running until September 10th. We also need to appeal directly to the Councillors who sit on the County Council’s Planning Committee. These Councillors will have the final say on whether the gravel extraction goes ahead and therefore it is so important for us all to make it clear how important this area is to us and why it should not be destroyed.

I know that some of you may feel another letter will make no difference. However, please that believe me these letters are vital – we have already delayed the destruction of our area by 7 years since the scheme was first proposed! Now we need to kill it!

REMEMBER…
If the quarry goes ahead the whole valley area between the village and Clifton Woods will be lost for at least 20 years and even then will never be the same.

Gravel extraction will take place at certain times 11 hours a day and 6 days a week with the inevitable dust and noise, particularly in the summer months.

The total destruction of this area of Green Belt means that dozens of species of birds and animals will be lost and the peace and quiet of the whole valley used by walkers and horse riders permanently damaged – remember how many people have valued that during lockdown!

The quarry will also have a huge impact on local wildlife sites, Brandshill Ancient Woodland and Attenborough Nature Reserve.

The site will also require a giant processing site on the top of Mill Hill with 28,000 lorry movements each year on to Green Street which is a ‘quiet lane used by walkers, horse riders and cyclists and will significantly add to traffic levels at Mill Hill with delays and congestion on top of the impact from the new Fairham Pastures.

It will not stop there, if planning permission is granted then in future years the County Council is likely to approve extensions which would surround the village right round to Thrumpton.

WE HAVE NEW ALLIES!
We now have the backing of 3 local MPs; Ruth Edwards (Rushcliffe), Lilian Greenwood (Clifton) and Darren Henry (Broxtowe) and our new County Councillor (Matt Barney) and Borough Councillor (Rex Walker) are also behind us.
We are also working to oppose the quarry with allies in Thrumpton, Gotham, Clifton Village, Barton Green and Lark Hill and have the backing of Notts Wildlife Trust, RSPB, CPRE and Ramblers association.

HOW CAN YOU HAVE YOUR SAY?
Details on points to write in your objections and where and who to write to will be given at the Open Meeting on 10th August.

There will be an open meeting in Barton Village Hall on 25th September, starting at 7.30pm.

Come along and find out all the latest developments and the next milestones.

Error: (#10) This endpoint requires the 'manage_pages' or 'pages_read_user_content' permission or the 'Page Public Content Access' feature. Refer to https://developers.facebook.com/docs/apps/review/login-permissions#manage-pages and https://developers.facebook.com/docs/apps/review/feature#reference-PAGES_ACCESS for details.
Type: OAuthException
Code: 10
Please refer to our Error Message Reference.

Thank you for supporting Save The Ancient Valley Environment - @Barton_SAVE & @Nottswildlife & @AttenboroughNR Your letters will really make a difference to our campaign to protect the valley! 💚 pic.twitter.com/NfiBxUZ3Cx

This is your last chance to fight to protect vital wildlife habitat. The consultation closes tonight! @Nottswildlife have said this is one of the most ecologically damaging mineral applications they have seen in years. Please RT and encourage your followers to object! pic.twitter.com/PZn72UB5m2

Erin McDaid from @Nottswildlife appeared on @bbcemt today to ask the public to support the campaign to stop the quarry. Today is the last chance to object! Please RT and let’s ensure as many people make their voice heard as we can! Visit Barton-in-fabis.net for more info. pic.twitter.com/dBAC1EOF9X 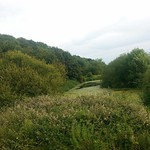 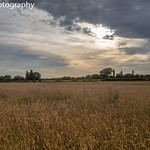 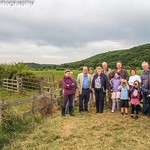 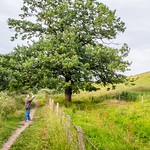 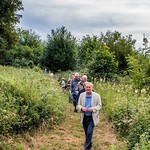 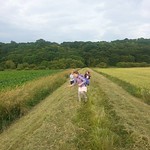